Projects Words & Other Research About

The Don and Moki Cherry Sessions 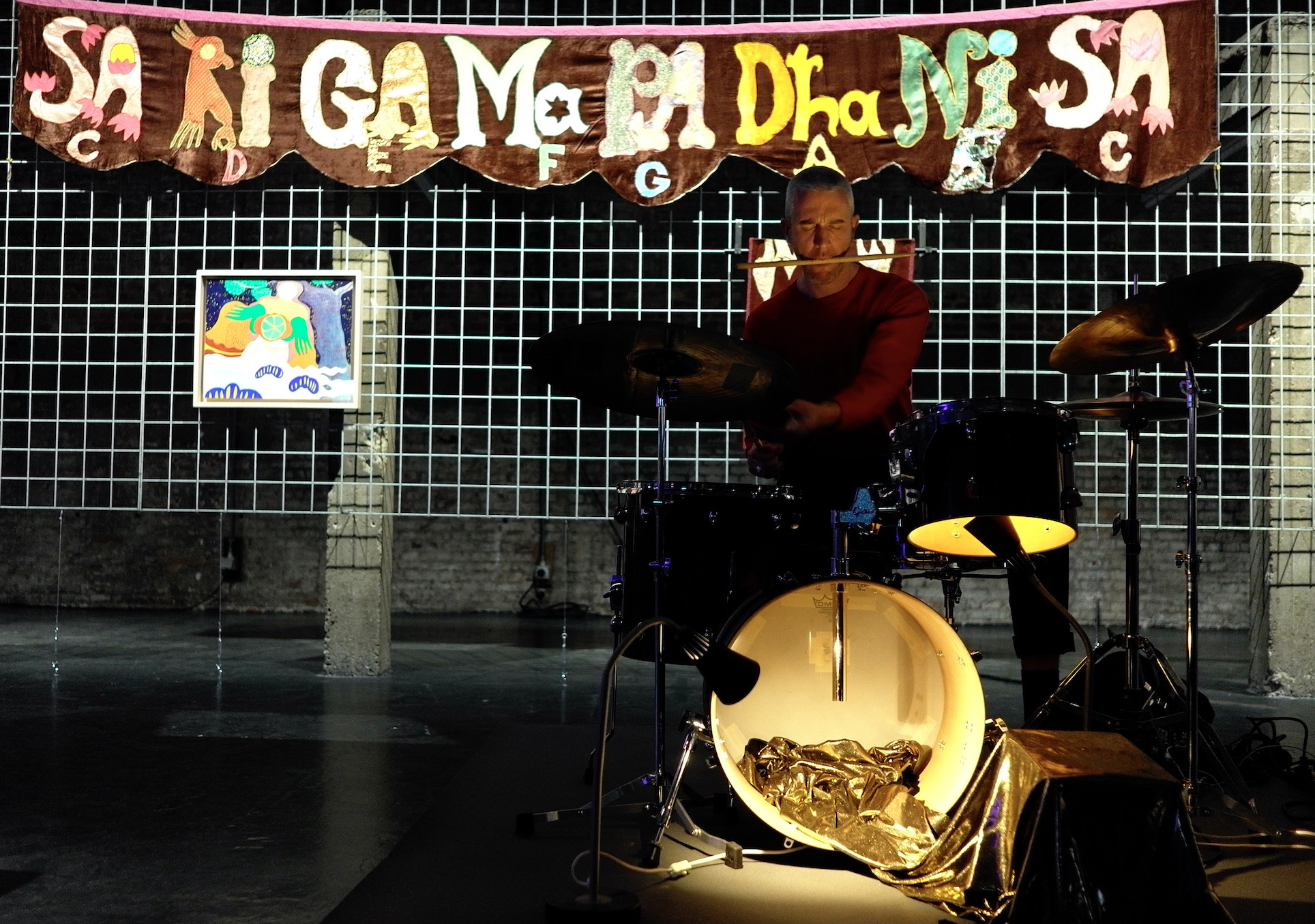 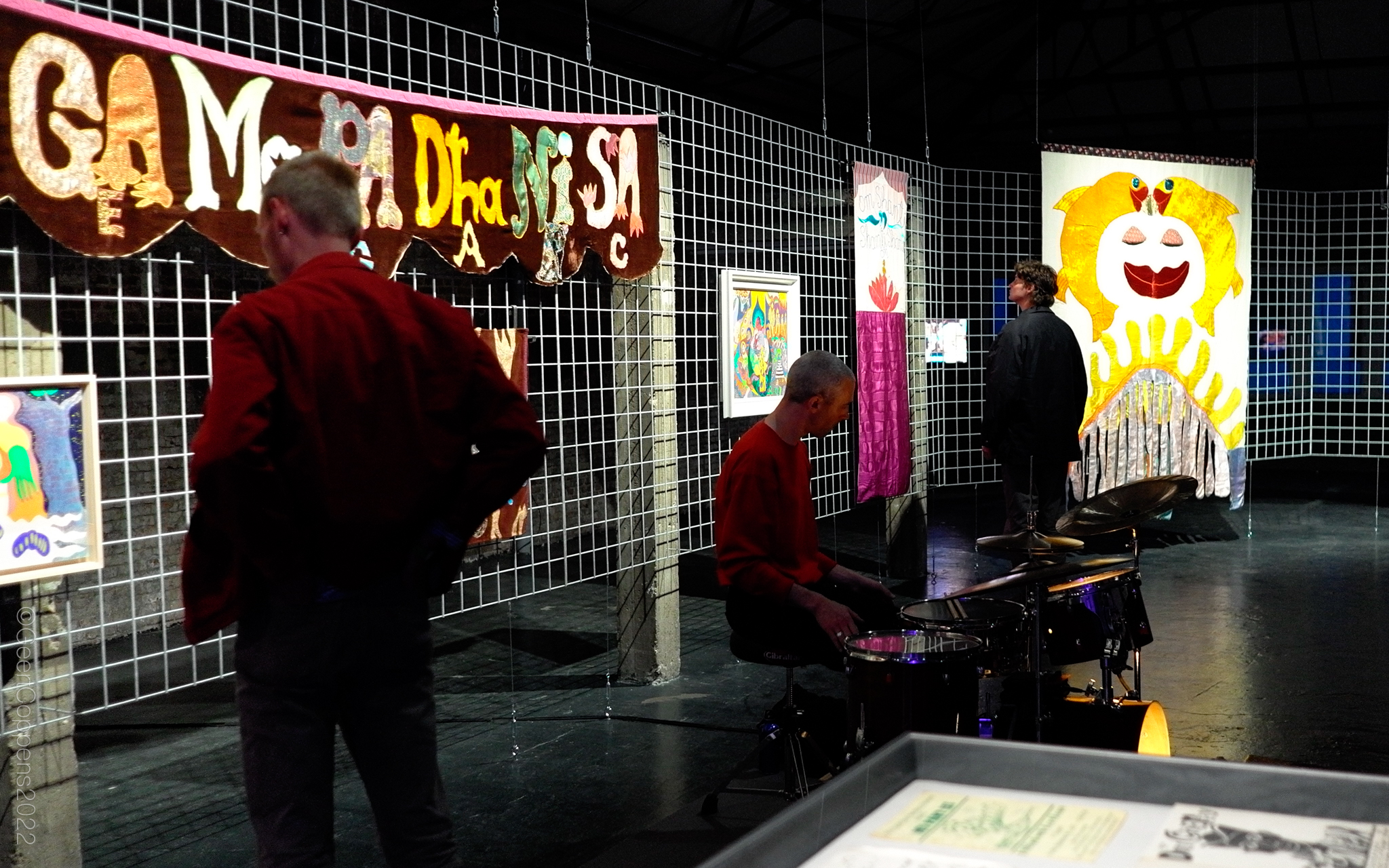 “[The] exhibition, which brings together music, artworks, and archival materials, also features Piff, Paff, Puff, a six-episode children’s programme Don and Moki Cherry made for Swedish national television in the early 1970s.”

The performance took place on the second floor, where the audience and I were surrounded by Moki Cherry’s fragile tapestries, and the monitors showing the Piff, Paff, Puff episodes. “To mind the artworks and to keep the event as intimate as possible, the artist will play two sets, each limited to 25 people.”

Using [archival audio recordings], I generated a new soundfile which simultaneously mixed the sounds from multiple [sources], overlapping, weave-like, for thirty minutes. This new soundfile was introduced and concluded with another sound I created by re-synthesising and modulating [a signal horn sound Don Cherry uses]. This imaginary horn marked (loosely) the start and end, of the performance, at Argos. There were two (different) ‘versions’ of the soundfile generated (to accompany the two parts of my live performance).

Prior to the performance I spent weeks listening/re-listening, reading/re-reading and playing: to embody and internalise feelings, musical structures, ideas: stimulated by Don, Moki and the Cherry (extended) family’s work, and world.

I performed twice for approximately thirty minutes, during which the weaved [archival audio] sound played through/into the room and I played an acoustic drum kit, and some (spilled) synthetic sounds.