Projects Words & Other Research About 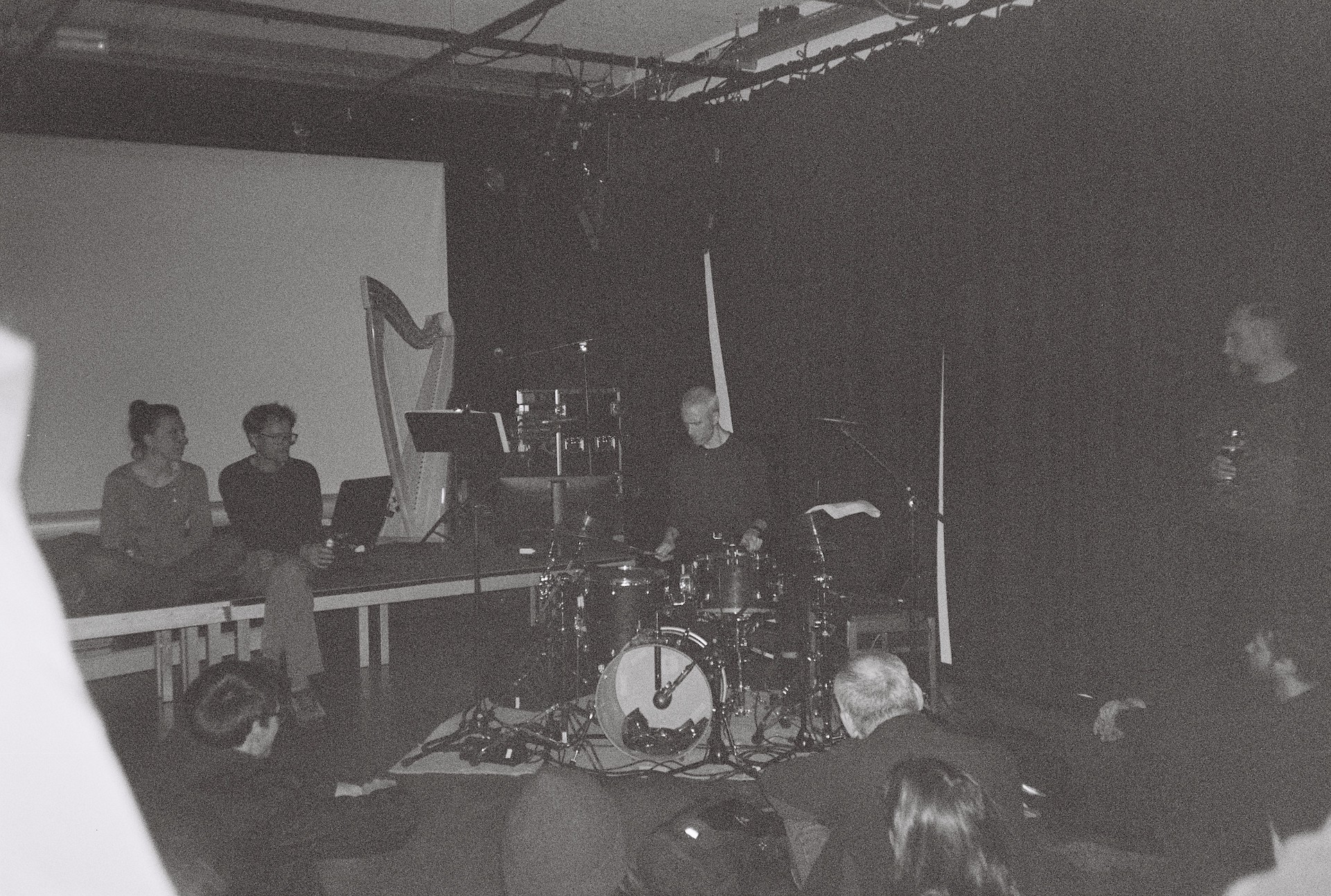 Live solo performance of new work developed during short residency: a compositional environment for organic (body) & algorithmic movement. The work continues an ongoing investigation into the mixing of real and imaginary drums, fictional and material environments and movements of the body.

During a short three day residency at Atelier Claus, I developed a new composition, which was then improvised live during a public performance.


The site specific work was developed by ‘tuning’ ideas, movements, drum sounds and synthesis elements, to the situation.

In the space where I would perform, I re-recorded the sounds of the basic materials which make up an acoustic drum kit: drum sticks, other woods, metal (drum rims), plastics. I also recorded certain architectural features I found in the space which had particular resonant properties (metal box, bar top, concrete pillar). I recorded many hand claps (an archetype of drum machine sound sets), in various parts of the room. Re-recording these sounds in this way ‘embedded’ the acoustic properties of the (large) performance space ‘into’ the (small) space of percussive sounds.

These recorded sounds were fed into a custom Max patch I have been developing to rhythmically and antagonistically respond to drum-kit play.

Acoustic and synthetic sounds were combined in a set of flexible algorithmic sound ‘characters’ which were triggered, modulated and mutated (in the computer) by the quality (sound, movement) of my live drum playing and the conditions of the set of compositional ‘scenes’ I designed for the performance.

During the live performance I improvised with/within these ‘scenes’ guided by the room and the audience: its feeling and sounds.